Martin Clunes sets out on an international journey to investigate the extraordinary relationship between man and beast in a two-part documentary for ITV.

From birds to bears, and from pets to primates, involving ancient and modern techniques and partnerships, Martin observes humans and animals working side by side in ways that have existed and evolved during hundreds of millennia.

Tonight Martin begins his journey in Nepal, where the cow is sacred, and ownership symbolises wealth, strength and abundance. He travels to Ko Yao Noi in South East Asia to meet the monkeys trained to pick ripe coconuts. In Northern Japan he’s invited to dine on wild bear casserole by one of the surviving members of the ancient Matagi tribe, who have to kill the animals for their own safety and a source of food. And in the Himilayas he meets an elephant and her mahout who is employed transporting tourists. 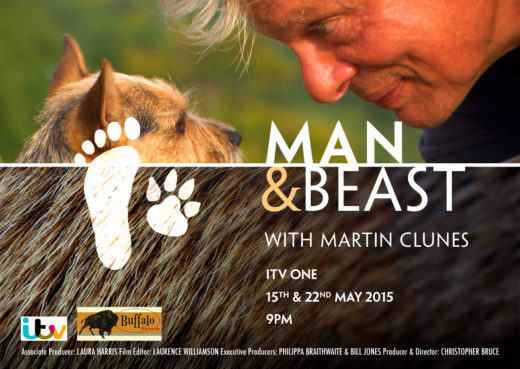