How it all began…

Martin explains how he met Dinesh

I met Dinesh and Tripple when we were shooting ‘Man & Beast’ last year in Nepal they were our local fixers and being film makers themselves were absolutely brilliant. When the first earthquake struck I emailed and had an agonising wait to see if they and their families were alright… mercifully they were and had been selflessly helping people in the worse hit areas. You will see rom the photos below what they are trying to do. It’s a weird thing that in this day and age their town is in pieces and villages turned to rubble but the internet is still working and emails are getting through. I gather that there isn’t much faith in the aid being distributed by the government and there is a huge worry about the impact of the approaching monsoon season.

We have sent him some money direct as I know this will be spent well on helping those in need. If you would like to help by making a donation too please: 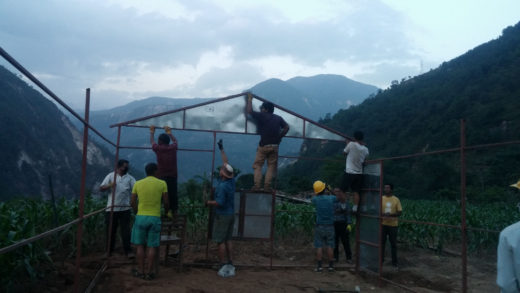 The plan is that we are building community shelters made of metal truss and covered on all sides by corrugated sheets and bamboo. It will help people tide over the monsoon that is a few weeks away. This is because 95% of the houses in rural Nepal is just rubble and people need shelter more than food. Aid agencies and the government are distributing plastic sheets but when monsoon strikes, these will be woefully inadequate. Of course we cannot do it on a large scale but the effort will make it bearable for about 10 small worst affected villages.

Most of the schools in these areas are completely destroyed. School going children face an uncertain educational future as rebuilding these schools will take two to three years at least. The community shelters in plan will be built in school areas as far as possible so that when people rebuild and move away from these shelters will remain for school use. It is inevitable that we might have to give to individual families too but we are trying to focus more on the community.

We had already pledged to two villages but the second earthquake on Tuesday has rendered the school area to be too dangerous as it was directly hit by rock slides. There are still many rocks on the hills above the schools which will definitely  come down when the rains begin IF there are no more earthquakes. Since we have already pledged, we are building in a public space a little distance away.

Because of road blocks, Tripple and I have not been able to survey other location but hopefully the roads will be cleared soon. The other problem that we face is the lack of skilled manpower to build these structure. We are making them in Kathmandu and assembling them in villages but the entire workforce have left the city to be with their families in the villages. Over a million and a half people have fled from the city till date.

The level of fear here can be measured on a very high Richter scale. I hate dwelling on cliches but it can literally be scooped  out of the air. People are not living in their houses but are camped out miserably in open spaces. Mother Nature needs to be renamed Madame Nature with a whip and spikey objects – are you familiar with such a person?? 🙂

We do not want to make this project something too big but would like to limit it to ten villages. Hope Madame Nature lets us get on with the work. 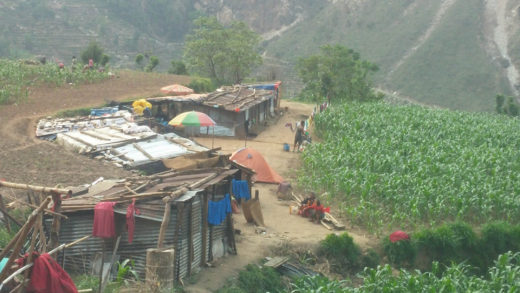 From Dinesh on the 31st May

Sorry I could not get back earlier as the village we were at still does not have electricity or phone connections. However I am happy to announce that the building work is well underway. We were initially delayed due to shortages of materials as everything was shut and a shortage of workers as most had left Kathmandu.

We have manage to put up two shelters at a village called Tyangthali in Sindhupalchok district which was one of the worst hit. Tyangthali village was ideal because of its location. It is the only flat bit of ground and safe from landslides. People from many surrounding villages have gathered at Tyangthali and are living in temporary shacks as they have no houses left and fear going back to their own villages because of landslides.

I have attached the photos of the village and the shelter.

The villagers themselves have formed a committee who decide who get to shelter in them keeping in mind the worst affected and those who cannot afford to rebuild their homes soon enough. We have also drawn up an agreement with the village and the school whereby once the shelters are vacated by the last resident, the place will be disassembled and handed to the school to be used as much needed classrooms.

Residents will move in once they complete the inside flooring themselves. The flooring will be made out of stone and mud paste.

We have placed an order for four more similar structures and they are being assembled as I write this. Tripple and I will be travelling to the the perspective location day after tomorrow.

Thank you Martin for your kindness and generosity. 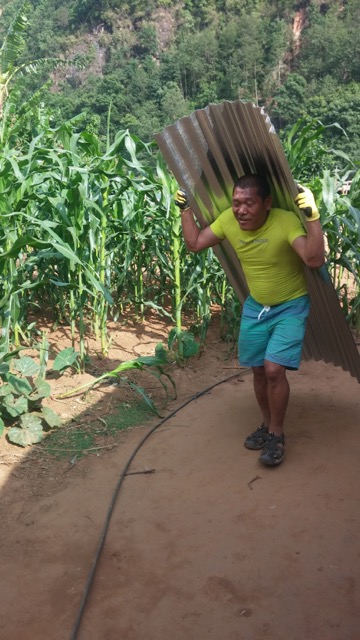 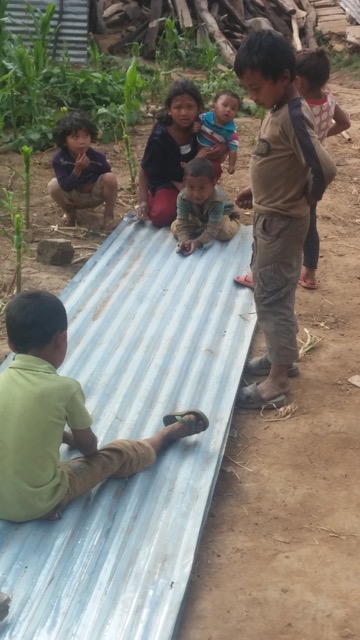 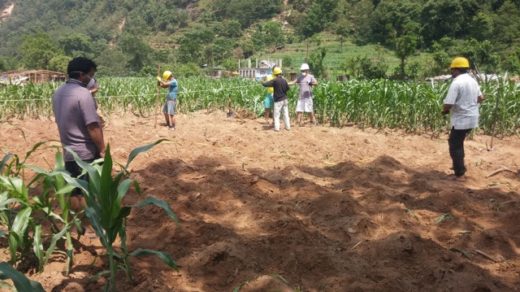 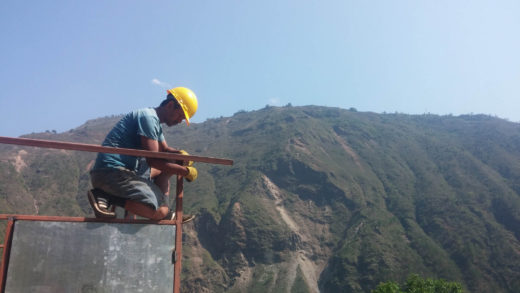 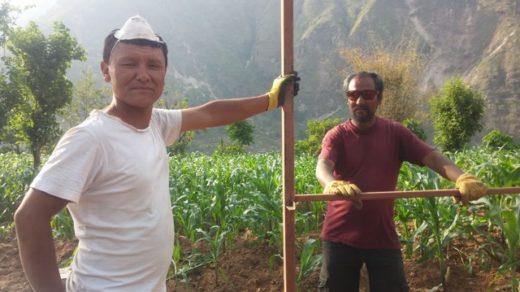 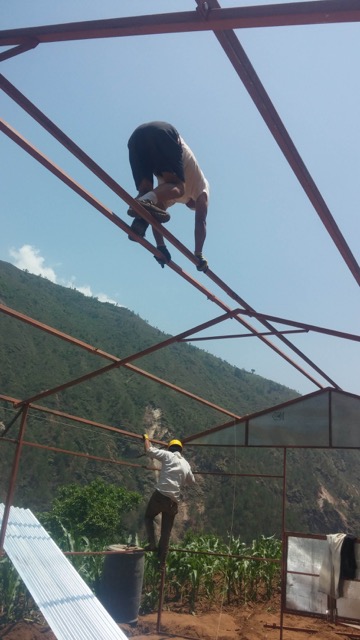 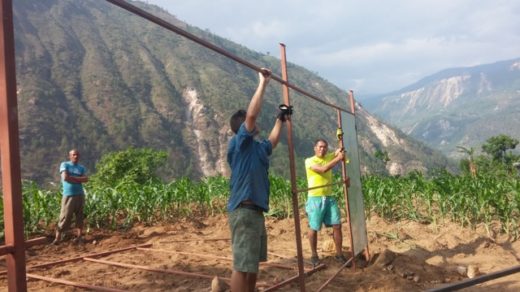 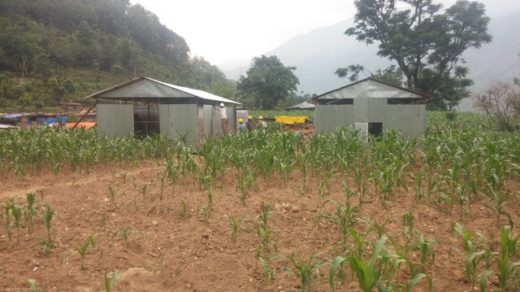 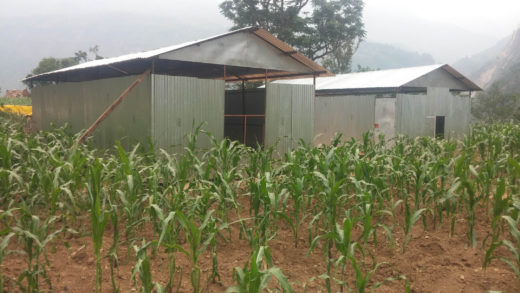 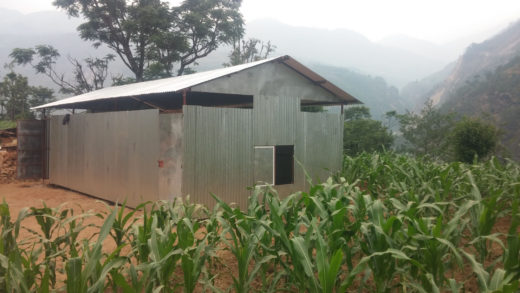 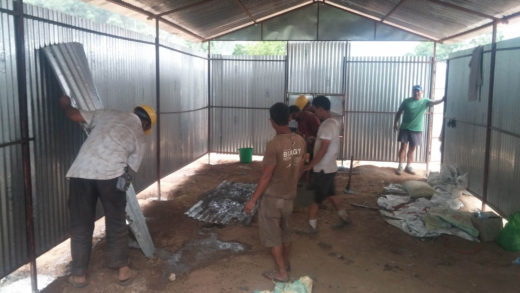 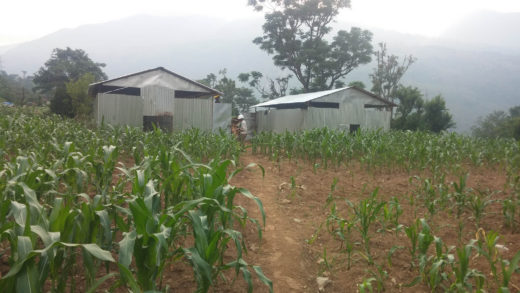 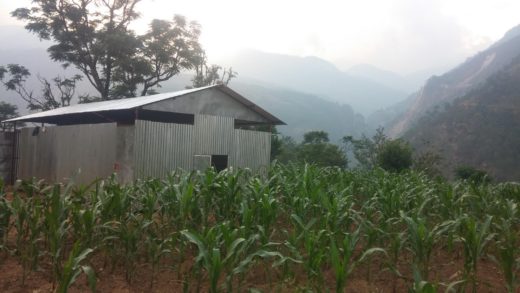 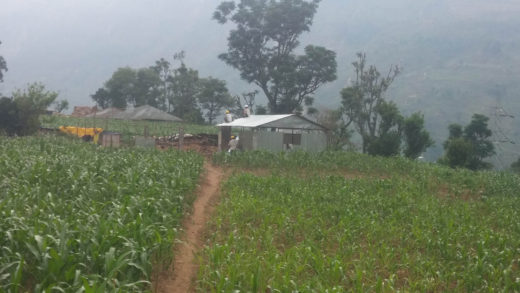 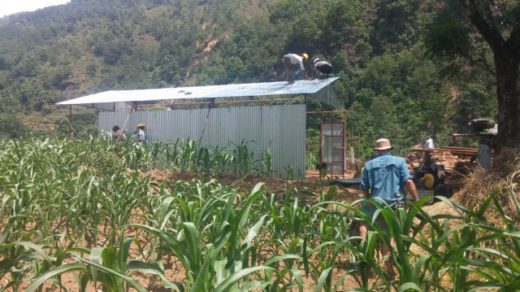 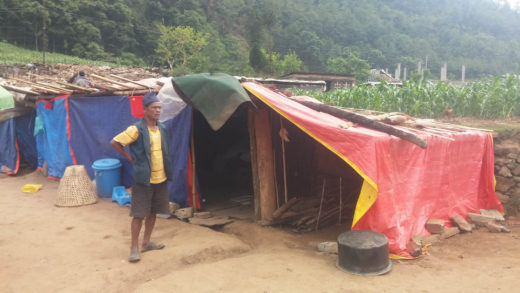 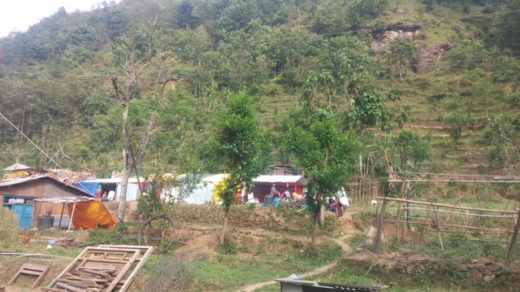 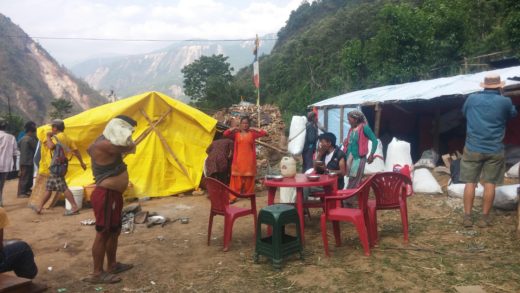 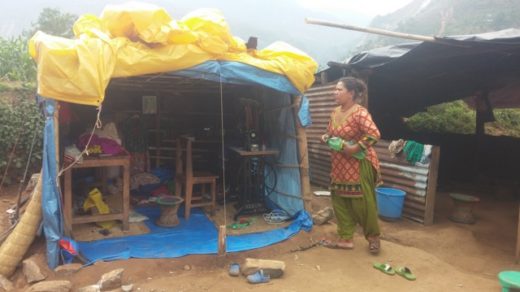 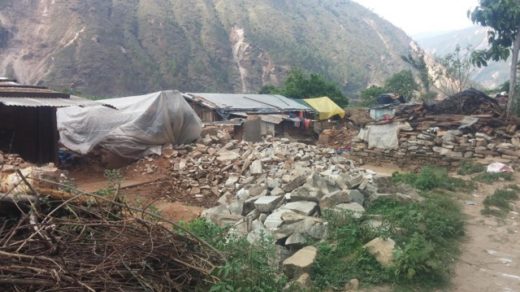 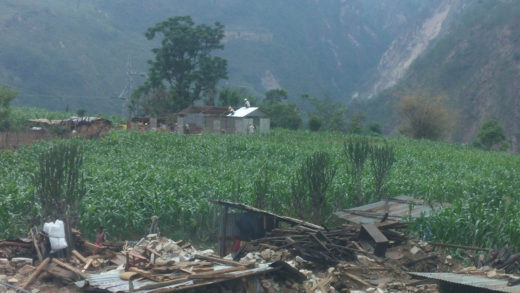 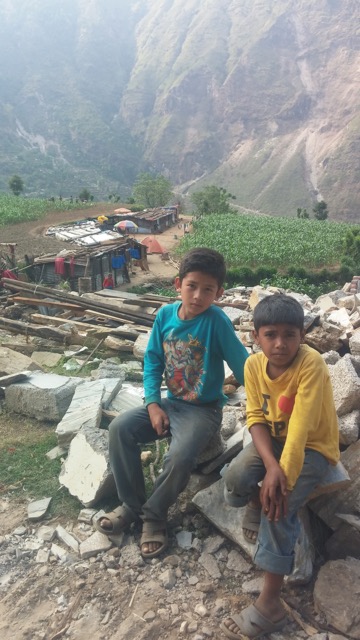