On the 25th of April 2015 , thousands of people lost their lives and many more were injured when a 7.8 magnitude earthquake struck Nepal’s capital, Katmandu. The earthquake was followed by a large number of aftershocks, including one that measured 7.3 on the 12th of May 2015 .

When Martin heard about the tragedy he tried to contact Dinesh Dekota a film maker he had worked with whilst filming in Nepal. After hearing of the amazing work Dinesh was doing Martin made a donation and during a television interview for ITV’s The Lorraine Show he made a plea for anyone else who wanted to help to send money… and they did. This is not a charitable organisation just friends helping friends to rebuild their community. 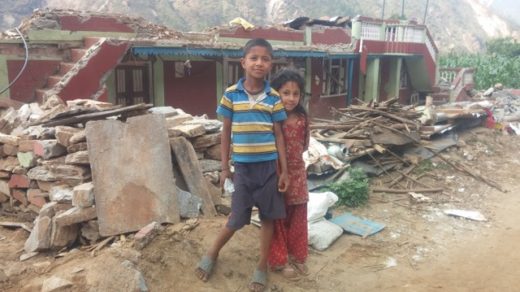